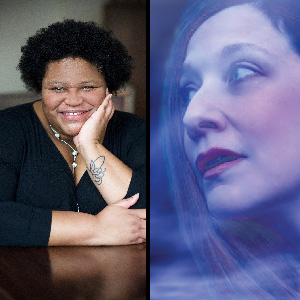 Nicole Young Local poet Nicole Young will perform selections from her debut spoken word album, In/Put: Live from the Valley with poems that reveal the extremes of hypervisibility  and invisibility living in the Pioneer Valley as Single, Black, Plus-Size and always misidentified.  From reflections on dating, being mis-gendered and just feeling like an outsider, Nicole’s voice is a straight forward one.  Nicole Young works in a range of media including theatre, poetry and classical music. As an actor and playwright, she trained with the Royal Shakespeare Company, the Stratford Shakespeare Festival in Ontario, Canada and Ping Chong and Company.  Her play, get (t)his!, received a 2009 James Baldwin Memorial Playwriting Award from the Five Colleges Multicultural Theater Committee and has since been produced in Michigan and New York City.  She received a Bachelor of Theatre Arts from the University of Michigan Ann Arbor, a Master of Fine Arts in Theatre Management from Wayne State University and a Master of Arts in English from the University of Massachusetts Amherst. Nicole Young is a member of the Straw Dog Writers Guild. Pan Morigan and The Blackbird Effect Vocalist and multi-instrumentalist Pan Morigan is joined by bassist Rudi Weeks in an evening of hopeful, soulful sounds. Bent blues, folk-jazz, and poet-centered improvisations make for highly original work that leaves audiences spellbound.  With roots deep in more than one America, this versatile duo delivers songs in English, French, Irish, and Spanish alongside steel guitar, percussion, nylon string guitar, viola, hunter’s harp, banjo, and accordion. As they confidently state, The Blackbird Effect is out to change the weather in your heart! Pan Morigan is a songwriter, singer & poet who has created work for over 30 original plays for the award-winning theater ensemble, Chrysalis. She tours with author, Andrea Hairston and Sheree Renée Thomas as the musician of Dangerous Women Inc.  She has toured Europe with Bobby McFerrin's vocal ensemble, Voicestra. She produced & sang the award winning radio show & Green Linnet recording ‘Castles of Gold’ for Public Radio International and is a Massachusetts Cultural Council Fellow in Music Composition.