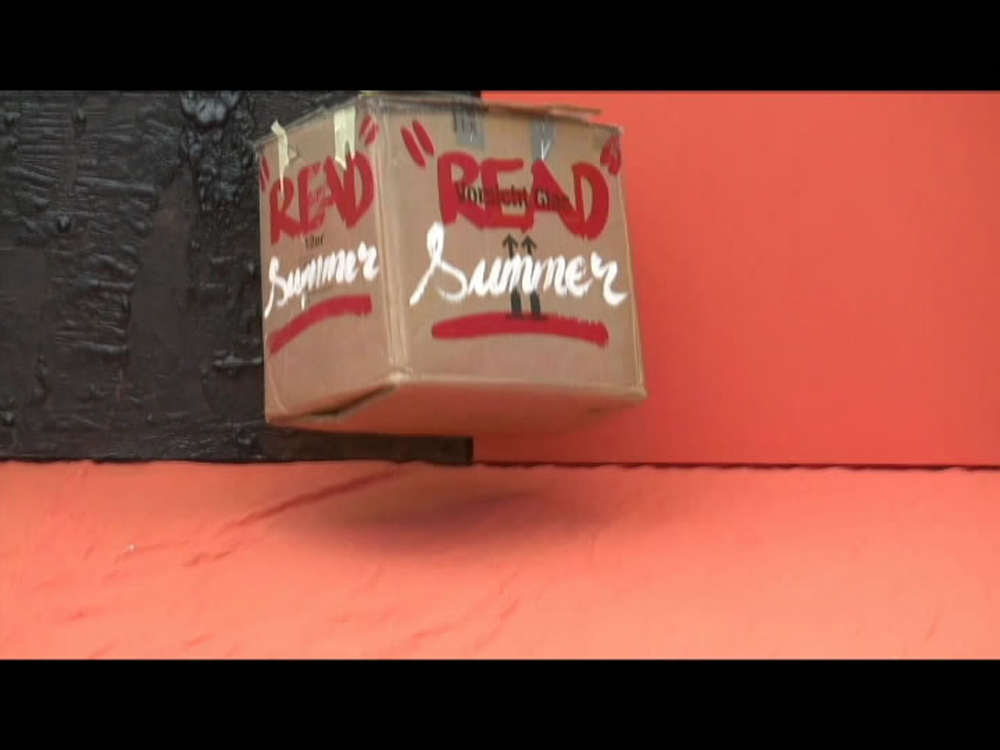 Video still from "Read" Summer by Kelvin Haizel, 2013 An amalgam of historical events during the 1920s and W.E.B. Du Bois’s renunciation of capitalism and adoption of communism form the tenets of my experimental video. The title is a pun on James Weldon Johnson’s description of the 1920s as a “Red Summer.” According to him, the era was characterized by brutish lynching on racial lines, arguably justified by “Jim Crow” laws and etiquette. At this time, Du Bois had renounced capitalism to adopt communism. Hear him speak: “I now state my conclusion frankly and clearly: I believe in communism. I mean by communism, a planned way of life in the production of wealth and work designed for building a state whose objective is the highest welfare of its people and not merely the profit of a part.” (Autobiography 1968:57) He also later warns the free enterprise state, in an article in the Pittsburgh Courier, that it is doomed for self-destruction because it cannot reform itself. To relate this premise to my own experience, as a student currently reading a course in business and also practicing art, I feel caught up in some form of elitist familiarity of similar dimensions. Straddling these two spaces makes me notice their tendency to exclude the masses with regards to the possession of knowledge and material wealth. This greed of the capitalist few, as expressly stated by Du Bois, will grind to a halt by its very design. A case in point is the recent recession signaling the wearing-out of the global capitalist machinery.