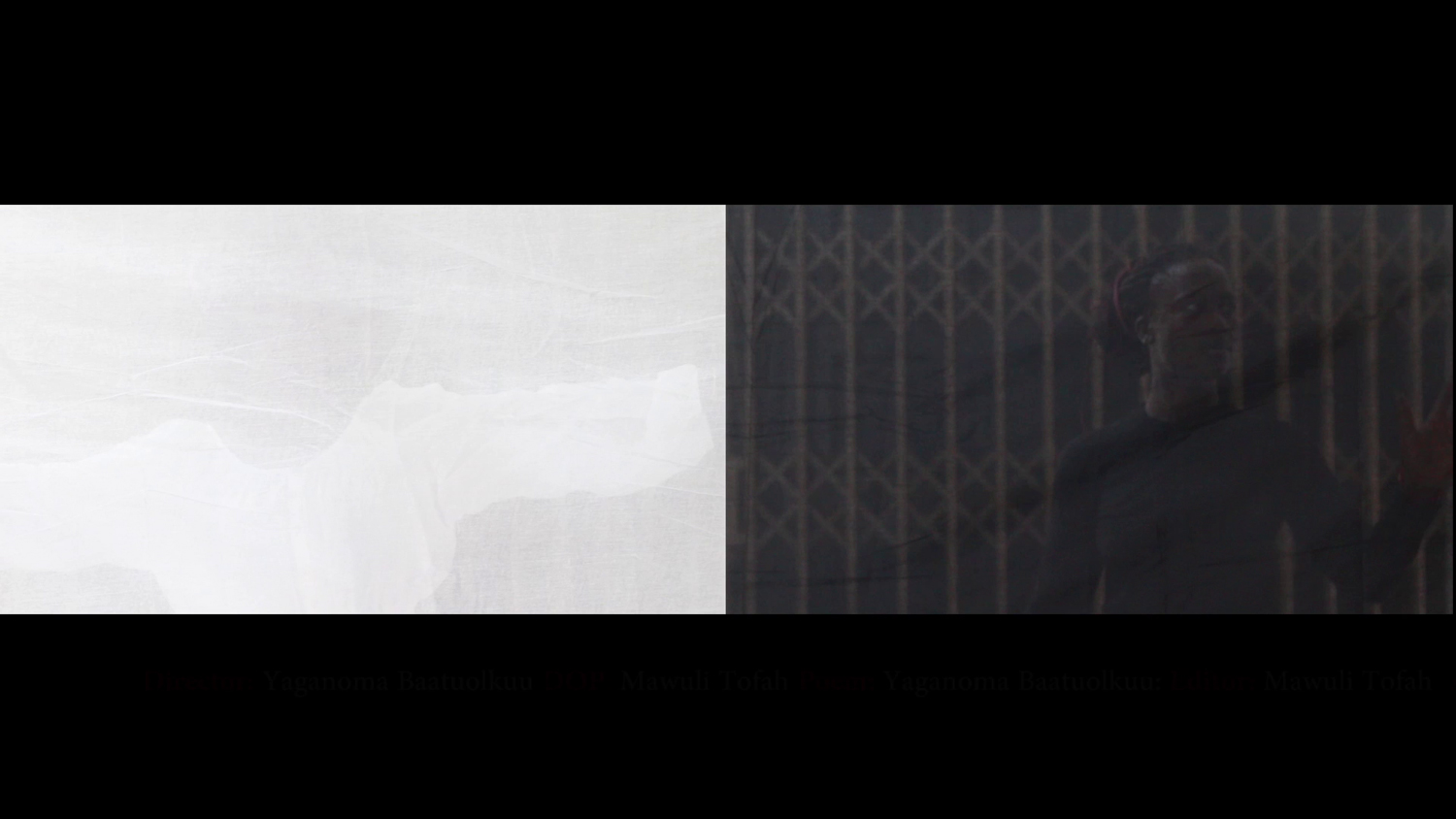 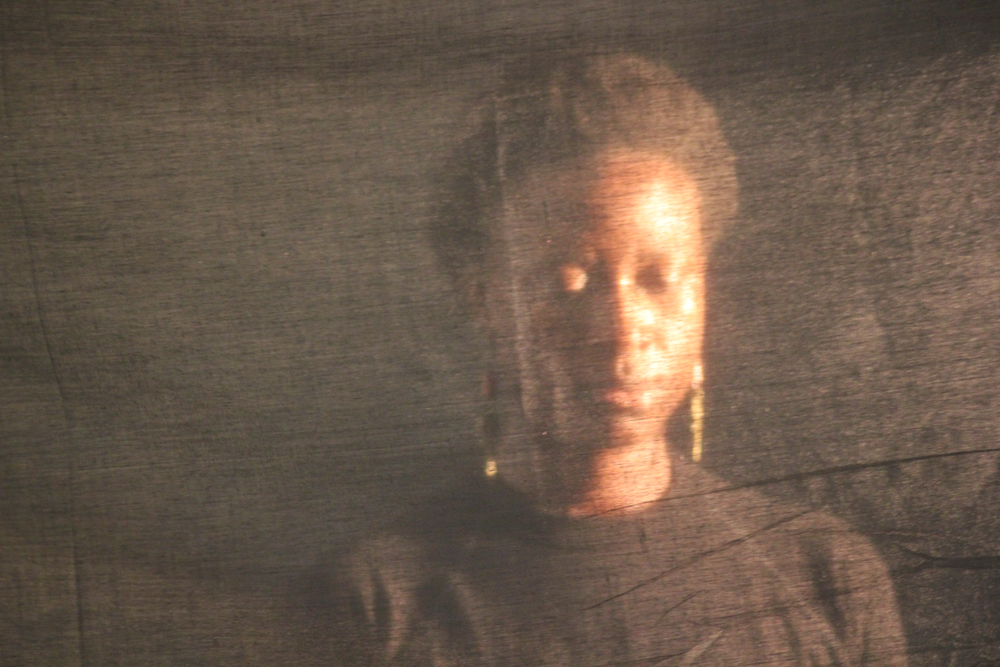 Film Stills from "The Veil," Yaganoma Baatuolkuu, 2013 The Veil is a study and a juxtaposition of Du Bois’s poetic essays, The Souls of Black Folk. In these essays Du Bois explores what he terms a “Veil” through which “white folk” viewed blacks. He discussed the perception that the Negro is a “seventh son.” Looking back at my three years abroad, I experienced several instances of exclusion, where after my education I sought jobs: filling in application forms with such explicit racial segregatory indications such as: 1. Scottish; 2. White British; 3. Black British; 4. Asian British; 5. European; 6. Asian; 7. African; and 8. Other. All these categorizations made me realize that in general Western thought, the concept of the Negro as the “seventh son” had not changed since the time of Du Bois. I explore his ideology on the “veil” and what it means in our society today, searching within the various veils that exist within our society, the relevance of his ideologies in the framework of the twenty- first century. I do not analyze, interpret, or discuss who Du Bois was. I just engage the idea of the veil through this performance. I engage it in light of my own experiences, leaving its several modes of interpretation to the viewer. “I have sought here to sketch, in vague, uncertain outline, the spiritual world. . . . I have tried to show what Emancipation meant, what was its aftermath. I have sketched in swift outline the two worlds within and without the Veil, and thus have come to the central problem of training men for life. I have stepped within the Veil, raising it that you may view faintly its deeper recesses — the meaning of its religion. I have ended with a tale twice told but seldom written and a chapter of song...some echo of haunting melody from the only American music which welled up from black souls in the dark past. And, finally, need I add that I who speak here am bone of the bone and flesh of the flesh of them that live within the Veil?” (from W.E.B. Du Bois, “Forethought,” The Souls of Black Folk)