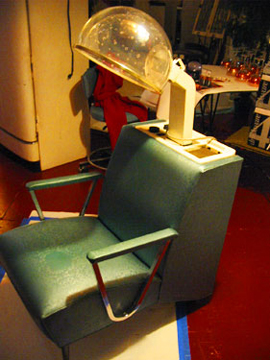 About the Artists: MO RINGEY: Curator Mo Ringey is a visual artist currently focusing on 3D assemblage. Her recent work includes a series of vintage domestic objects psychically upholstered" in smashed glass as homage to and satire of the limited options defined by an era of career domesticity. Mo has studied art at UMASS, Amherst; Montserrat College of Art, Beverly, MA, The Art Institute of Boston, New England School of Photography and in various lives and elevators.