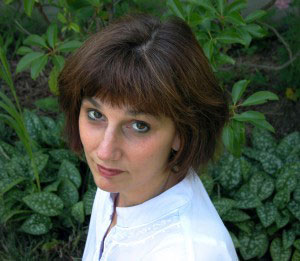 “Even now, when the phone rings late at night, I think it’s her.  I stumble out of bed ready for the worst.  The last time my mother called was in 1990.  I was thirty-one and living in Chicago.  She said if I didn’t come home right away she’d kill herself.”

So opens Mira Bartók’s stunning and powerful literary memoir The Memory Palace (Free Press; January 11, 2011).  A piano prodigy in her youth, Mira’s mother Norma’s severe case of schizophrenia created a hellish upbringing for her  and her sister.  When they were young, Norma neglected the girls, and they were forced to make do on their own.  As the girls entered their teenage years, Norma’s illness grew progressively severe – she tried to be a loving mother, but her illness made it impossible.

Mira Bartók’s original paintings of her “memory palace” appear throughout the book, as do passages from her mother’s letters and journal entries. Mira’s beautiful prose and her incredible resilience through everything that life throws at her makes her story impossible to put down.  At turns heartbreaking and uplifting, The Memory Palace is an unforgettable memoir that forces you to reflect on your own relationships with loved ones and consider the importance of family and love and forgiveness.

The author has received awards from such organizations as the Fulbright-Hayes Foundation, the Associated Writing Programs, the Illinois Arts Council, Pollock-Krasner Grant, and the Carnegie Fund for Writers.  Her writing has been nominated for a Pushcart Prize and has been noted in The Best American Essays 1999 and other anthologies.  Mira also runs an online resource for artists – miraslist.blogspot.com.

Q&A with Mira Bartók, author of The Memory Palace

For more information on Mira Bartok or The Memory Palace visit www.thememorypalace.com