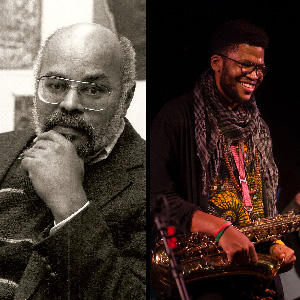 
Roberto Marquez In a reading called A Translator's Work: Retrospective and Prospective, Mt. Holyoke professor emeritus Roberto Marquez shares some gems from his impressive body of work. Having spent the better part of more than five decades as a literary translator of prose and poetry produced by contemporary Caribbean, South American, and Spanish writers, he has always made it his business to faithfully convey those writers’ messages as well as their distinctive voices, which may be a translator's most daunting and compelling challenges. Roberto Marquez is the author of a bilingual anthology entitled, Latin American Revolutionary Poetry/Poesía Revolucionaria Latinoamericana. He guest-edited a special issue of The Massachusetts Review dedicated to Latin American Literature and Art, and founded and edited Caliban: A Journal of New World Thought and Writing. He published a 2007 collection of poetry entitled Puerto Rican Poetry: An Anthology from Aboriginal to Contemporary Times and is currently completing a compilation of Sonnets written by Spanish, Latin American and Hispanic Caribbean poets from the seventeenth through the present century. Mtali Banda and The Oneness Project Saxophonist Mtali Banda brings his energetic ensemble ready to perform music from their latest album Rites of Passage. Its blend of Hip Hop, Jazz, and Soul music aim to spread a meaningful message. Currently based in Massachusetts, Mtali Banda grew up in the midwest and south. The son of a Malawian refugee father and an African-American mother, all the sounds he was exposed to can now be heard in his music. He has shared the stage with Sonia Sanchez, Talib Kweli, The Soul Rebels, Anik Khan, and The.Wav. He toured as the saxophonist for the Jeremy Turgeon Quintet, and was the composer and saxophonist for Mixed-Race Mixtape—a hip-hop theater piece which toured nationally. His musical versatility has brought him all around the world. Just this past year he recorded in Southern Africa and performed with several well-known African artists, including Faith Musa and LAWI. As a first generation Malawian-American, he is a part of the growing Southern African music scene that has embraced jazz and soul music as a means for social change.