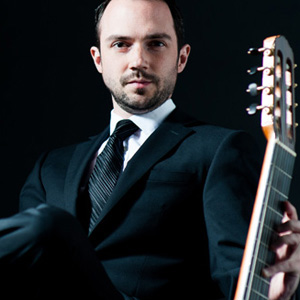 Drew Henderson enjoys a multifaceted career in the arts as a performer, recording artist, music producer, and teacher. He has performed throughout Canada, the United States, and Italy, bringing a program of both guitar favorites as well as his own unique arrangements. During one of Henderson’s concerts, one can expect to hear a mix of evocative Spanish music, introspective Baroque masterpieces, and virtuosic selections from the Romantic era. General Admission: $15 This event is eligible for Card to Culture discounts Special Event: Sunday, April 26, 9:30 a.m., Eric Carle Museum Join Drew Henderson for a community master class with classical guitarists from around the region. General Admission Observer: $15