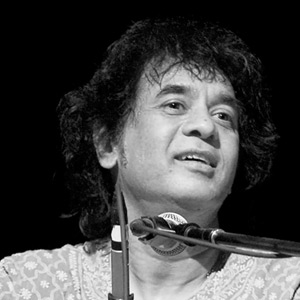 Awarded the Lifetime Achievement Award at SFJAZZ Gala 2017, and described by The New York Times as “a living genius,” tabla maestro Zakir Hussain returns with his Masters of Percussion project exploring global music with some of the world’s greatest percussionists working within the genre. A classical tabla virtuoso of the highest order, Zakir's consistently brilliant and exciting performances have established him as a national treasure in India and one of that nation’s reigning cultural ambassadors. Masters of Percussion is an outgrowth of Zakir’s duet tours with his late father, the legendary Ustad Allarakha, which began in 1996 to provide a platform for rarely heard rhythm traditions from India. Over time, the ensemble has expanded to include great drummers and percussionists from many world traditions, including jazz, as well as the occasional stringed instrument. 2019 marks the centennial year of Allarakha’s birth.  $35, $30, $20; Five College Students and Youth 17 and Under: $10 Want a premium experience?  For $60, you can enjoy the show from the orchestra pit, seated at a cocktail table for two as if you were sitting in a small club lounge. Select "Premium Seat" option when you buy online. Subscriber and student discounts apply..

Zakir Hussain is the pre-eminent classical tabla virtuoso of our time and is appreciated both in the field of percussion and in the music world at large as an international phenomenon. A national treasure in his native India, he is one of the world’s most esteemed and influential musicians, renowned for his genre-defying collaborations, including Shakti, the Diga Rhythm Band, Planet Drum, Tabla Beat Science, Celtic Connection, Sangam with Charles Lloyd and Eric Harland, in trio with Béla Fleck and Edgar Meyer and, most recently, with Herbie Hancock. The foremost disciple of his father, the legendary Ustad Allarakha, Zakir was a child prodigy who began his professional career at the age of twelve, accompanying India’s greatest classical musicians and dancers, and touring internationally with great success by the age of eighteen.  As a composer, he has scored music for numerous feature films and major events and has composed three concertos.  The most recent enjoys the distinction of being the first-ever concerto for tabla and orchestra and was premiered in India in September 2015, in Europe and the UK in 2016, and in the United States in April 2017, by the National Symphony Orchestra at Kennedy Center. A multiple Grammy award winner, he is the recipient of countless awards and honors, including Padma Bhushan, National Heritage Fellowship and Officier in France’s Order of Arts and Letters. In 2015, he was voted “Best Percussionist” by both the DownBeat Critics’ Poll and Modern Drummer’s Reader’s Poll.  He has taught at Princeton, Stanford, and the University of California at Berkeley, and is the founder and president of Moment! Records, an independent record label presenting rare live concert recordings of Indian classical music and world music. Zakir was resident artistic director at SFJazz from 2013 until 2016, and was presented with their Lifetime Achievement Award in 2017 in recognition of his “unparalleled contribution to the world of music.” Zakir Hussain's Website Zakir Hussain's Facebook Zakir Hussain's Twitter Blessed with a lineage of five generations of sitar players, Niladri Kumar is a world renowned and global icon to reckon with. Under the guidance and numerous years of training from his father and guru Pandit Kartick Kumar, Niladri, after gaining an in-depth, profound, and sound understanding of Indian Classical Music, went on to revolutionize the style of sitar playing and further invent his own Instrument, the red electric sitar, which he coined as the Zitar. He is hailed as one of the serious exponents of Indian music and has an uncanny, prodigious style in making this music appealing to the youth and the masses at large. Critics state that he has an unmatchable, effortless mastery over the instrument, and it is indeed a unique treat to witness his swift, agile, and magical fingers produce soul stirring, brilliant compositions. He has inspired many to learn the sitar, and through his illustrious career has emerged as a one of a kind cause for national pride. He has been bestowed and recognized with several prestigious awards, valued titles, has released over ten albums.  In addition, Niladri has contributed immensely to the Indian film industry. His live performances are known to transpose audiences to another world.  Eric Harland is the most “in demand” drummer of his generation, primarily but not exclusively in the world of jazz.  He has worked on more than 400 recordings and film scores.  He has shared the stage with masters on the order of Betty Carter, Joe Henderson, McCoy Tyner, Michael Brecker, Terence Blanchard, Branford and Wynton Marsalis, Wayne Shorter, Savion Glover, and the SF Jazz Collective.  He’s also played with virtually all the current rising stars, including Esperanza Spalding, Jane Monheit, Taylor Eigsti, Julian Lage, Stacie Orrico, and Robert Glasper.  He currently works in multiple groups, including James Farm with Joshua Redman, Prism with Dave Holland and Kevin Eubanks, Sangam with Charles Lloyd and Zakir Hussain, Overtone with Dave Holland, Jason Moran, and Chris Potter, and his own Voyager.  Outside jazz, he’s also collaborated with Les Claypool’s Primus, John Mayer, Mariah Carey, Steve Miller, and Spike Lee.  Eric was the Resident Artistic Director at the SF Jazz Center for the 2014-2016 seasons and the Artist in Residence at the Monterey Jazz Festival of 2014.  After all his extensive travels, he has come to realize that “The deepest secret is that life is not a process of discovery, but a process of creation.”  That depth of understanding makes him a perfect member of Masters of Percussion.   Mattannur Sankarankutty Marar and Group:  The Drummers of Kerala. In the Indian tradition, Mattanuur’s first teacher was his father, and from an early age he began his studies of Thayambaka, a call-and-response style of drumming using the South Indian chenda, a cylindrical instrument.  This art is often associated with the story-play style of Kathakali, a classical South Indian dance form.  Eventually, Mattannur was assigned the role of “Mela Pramani,” and performed it in Temple Festivals across Southern India.  In duet form, he has played with such greats as Ustad Allarakha and Padmashree Umayalpuaram Sivaraman.  He was awarded the Padmasree by the President of India in 2009. The group includes Mattannur’s sons V. M. Sreekanth and V. M. Sreeraj, and their fellow Keralan Vellinezhi Anand. All three have progressed through life-time training in Thayambaka and temple rituals, and have played with outstanding Indian artists including the legendary vocalist Hariharan, both in India and all over the world, from Europe to Hong Kong and most stops in between. 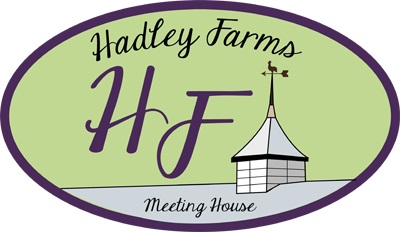