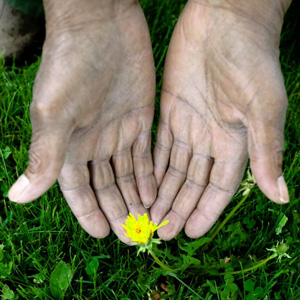 In Search of the Beloved, Call for Proposals

"The skillful thinker in search of the incorporeal part of man is not unlike the believer who continues searching for the Beloved."   Yusef A. Lateef, Another Avenue, 2006.

Remarkably prolific, assiduously focused, and a creative intellectual who defied facile stereotypes and categories, Dr. Yusef Abdul Lateef (October 1920—December 2013) modeled an expansive life in music and the arts, only a small portion of which has received scholarly attention. By the late 1940s, Lateef was on tour with Dizzy Gillespie’s band, and later played with Cannonball Adderley, Charles Mingus, and Babatunde Olatunji. Known first as a prodigious saxophonist and flutist who emerged from the Detroit scene of the 1950s, by 1957 Lateef was recording as a leader, and his subsequent albums on Savoy, Prestige, Impulse!, Atlantic, and CTI Records, as well as his own YAL label, have had a profound influence on many musicians and listeners since their releases. Lateef earned a Ph.D. in Education in 1975 from the University of Massachusetts Amherst, with a dissertation entitled “An Overview of Western and Islamic Education,” and taught music at UMass and Hampshire College until his retirement in 2002. From 1981 to 1985 he was a senior research Fellow at the Center for Nigerian Cultural Studies at Ahmadu Bello University in Zaria, Nigeria, where he researched the Fulani flute. His work spans many fields including composition, improvisation, performance, ethnomusicology, visual art, and creative writing. In addition to numerous influential recordings and an extensive and wide ranging catalog of compositions, Dr. Lateef published several books of creative writing and research in music, his art work has been shown in galleries in Detroit, New York and Amherst, he received a Grammy in 1987, he was honored as an NEA Jazz Master in 2010, and he was an important member of the international Ahmadiyya Muslim community. Dr. Lateef’s view of music was considerably broader than any narrow understanding of “jazz”; in fact, he came to resent that label and instead preferred to describe his work in relation to the African American tradition of "autophysiopsychic music,” which he defined as “music from one’s physical, mental, and spiritual self.”

A part of the year-long celebration of Lateef’s centenary produced by Glenn Siegel at the Fine Arts Center at UMass Amherst, Jason Robinson (Amherst College) and Priscilla Page (UMass Amherst) will curate an ongoing series of scholarly papers and related multimedia-rich digital humanities companion pieces under the title “In Search of The Beloved, New Scholarship on Yusef Lateef” to be published on the UMass Fine Arts Center’s website . We invite paper proposals (and accompanying multimedia-rich digital humanities companion pieces) that focus on any aspect of Dr. Lateef’s life, creative work, and influence, grounded in scholarship and matching the expansiveness of his views on life and art, and we encourage potential contributors to use this opportunity to begin new or refine ongoing research. We anticipate a future edited volume to emerge from the project; otherwise, we hope that submissions will evolve into journal articles or other publications.

With a rolling deadline, papers and accompanying multimedia-rich digital humanities pieces will be published as they are received for the duration of Dr. Lateef’s centenary year of his birth (October 9, 2020 through October 8, 2021). We invite proposals of up to 250 words at any time until June 24, 2021. Proposals should be accompanied by an author biography of 50 words. Proposals will be reviewed within two weeks of submission, and if accepted, authors will be asked to submit a completed version of their paper, of around 3,000 words, in PDF format within three months. Authors are also strongly encouraged to submit/envision/propose an accompanying multimedia-rich digital humanities piece, which might include a video recording of their paper presentation with audiovisual elements, or an enhanced PDF with images, sound, and/or video, or something more expansive and complex.