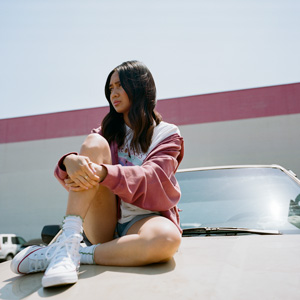 This form is to receive notification if tickets are released for NIKI: https://www.umass.edu/facforms/nikiEmail We cannot guarantee that any seats will open, but if they do you will be notified. Signing up for notification does not guarantee you will successfully claim a seat at the performance. You need to see NIKI now. Mostly because her stage shows are spellbinding — just ask anyone who caught her set at Coachella back in April — but also because it may be your last chance to see her in a setting as intimate as the 1,800-seat Frederick C. Tillis Performance Hall. This is a performer destined for superstardom. Taylor Swift saw it back in 2014 when she invited then 15-year-old NIKI to join The Red tour as her opening act. In the eight years since, NIKI has built an audience on the strength of a musical style that blends genres from R&B, soul, and hip-hop, to pop and indie folk. Her music has been featured in the film soundtrack for Shang-Chi and the Legend of the Ten Rings. And her new album, Nicole, is due in August from the record label 88Rising. NIKI proudly and perfectly captures a youthful Asian identity, with all its joys, challenges, and aspirations. Co-sponsored by the UMass Amherst Asian American Students Association, UMass Amherst University Programming Council, Amherst College Asian Students Association, and Amherst College Asian and Pacific American Action Committee.