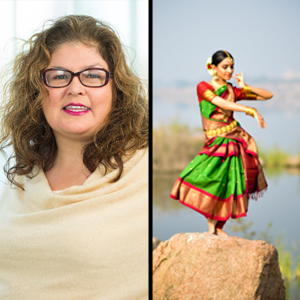 Priscilla Page is a writer, performer, dramaturg, and educator who believes creative expression is a powerful tool for the transformation of self and society. Her performance credits include La Llorona in Quiero Volver by Diana Alvarez; ensemble member in Latinas con Pluma; and solo performance poetry/storytelling in When the Women Gather and Women Who Are Free. She regularly publishes essays, articles, and reviews on the intersections of race, culture, feminism, and theater. She is a contributing editor for Wings of Night Sky, Wings of Morning Light: A Play by Joy Harjo and A Circle of Responses, forthcoming from Wesleyan Press. Djola Branner is an interdisciplinary artist/educator who combines movement, sound and light to create compelling portraits of American life for the stage. His original dramas give voice to individuals historically absent from the theater, and explore a diverse range of human experience. Co-founder of the award winning performance group Pomo Afro Homos, Branner toured internationally with their shows Fierce Love: Stories From Black Gay Life and Dark Fruit, performing in venues as varied as college cafeterias and the Lincoln Center. His work has been supported by Creative Capital, the Jerome, McKnight and Bush Foundations, and published in such anthologies as Colored Contradictions, Staging Gay Lives and Voices Rising: Celebrating 20 Years of Lesbian and Gay Black Writers. He is a member of the Dramatists’ Guild. Shakeel Sohail Gibran Cullis is a South African bassist currently studying at Berklee College of Music’s Global Music Institute. He has performed with renowned musicians such as Nduduzo Makhathini, Bokani Dyer, Kyle Shepherd, and Louis Moholo-Moholo. He has also performed alongside Madosini, Mark Fransman, Claude Cozens, Jonno Sweetman, Keenan Ahrends, Andrew Lilley, and Linda Sikhakhane. He plays in a variety of ensembles ranging in style from straight ahead jazz to swing, South African jazz, Latin and Cuban music, contemporary South African jazz, free jazz, Nigerian ogu music, Nigerian jazz and traditional Xhosa Music ensembles. He recently performed at the Oslo Jazz Festival, Norway (Herr Nilsen & Sentralen) (2017); Grahamstown National Jazz Festival (2016); Joy of Jazz Festival; Cape Town International Jazz Festival (2016); Buyel'ekhaya Festival, East London (2016/2017); Infecting the City Festival, Cape Town (2017).

A professional Kuchipudi dancer and teacher based in New York City Yamini has performed in various festivals and venues across India and internationally. She is now a youth member of the International Dance Council (UNESCO). The first piece in the program is in praise of Lord Rama and is a combination of pure movement and enactment of scenes from the Indian mythology. In it, the poet is asking Rama to save him from his mortal fears and anxieties. The second is the main piece in the repertoire which is in praise of Lord Krishna. In its climax, the dancer dances on the brass plate, this dramatic element being a special feature in Kuchipudi. The third one is a Thillana, which is pure movement/dance. The music was composed by such great composers as Mysore Vasudevachary, Narayana Teertha and Lalgudi Jayaraman in the languages Telugu and Sanskrit.