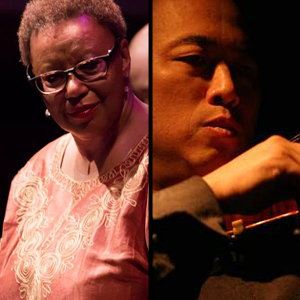 Patricia Spears Jones is a poet, writer, playwright, cultural critic, and winner of the 2017 Jackson Poetry Prize from Poets & Writers. She is author of A Lucent Fire: New and Selected Poems (White Pine Press, 2015) which was Finalist for the PSA’s William Carlos Williams Prize and the Paterson Poetry Prize, and a featured Pushcart Prize winning poem. She has 10 additional publications in poetry books, chapbooks and in major anthologies. She co-edited Ordinary Women: An Anthology of New York City Women, one of the first multi-racial, multi-ethnic women’s anthologies in 1978 and she edited THINK: Poems for Aretha Franklin’s Inauguration Day Hat in 2009. She has written extensively on the visual arts, theater, film and music, and was commissioned by Mabou Mines for two music theater collaborations.  She has led workshops at Poets House, the Poetry Project at St. Mark’s Church and for Brooklyn Poets and Cave Canem. She has received grants and awards from NYSCA, NEA, the Foundation for Contemporary Art, and the BAU Institute for residency at Camargo Foundation in France, and was is also a recipient of a Goethe Institute grant for travel in Germany.  She has been a fellow at Robert Rauschenberg Residency and at VCCA, Yaddo, and the Millay Colony. She is an organizer of the American Poets Congress.

Jason Kao Hwang’s music explores the vibrations and language of his history. His compositions are often narrative landscapes through which sonic beings embark upon extemporaneous, transformational journeys. Described as “intensely personal and oddly mythic" (Giovanni Russonello, The New York Times), as a composer, he has received support from Chamber Music America, US Artists International, the NEA, Rockefeller Foundation and others. As violinist, he has worked with Karl Berger, Anthony Braxton, William Parker, Butch Morris, Ivo Perlman, Oliver Lake, Reggie Workman, Pauline Oliveros, Tomeka Reid, Patrick Brennan, and many others. Hwang’s various ensembles have received acclaim and he has been recognized as one of the frontrunners in creative jazz.

Anders Nilsson is a New York-based guitarist, composer, and improviser. He plays electric guitars, 11-string alto guitar and baĝlama, and his output spans a wide musical spectrum ranging from solo shows to large ensembles. After receiving a BA from Malmö Academy of Music and having worked as a musician in Sweden for a few years he moved to New York in 2000 and got his Masters Degree from City College New York (CCNY). He has performed and/or recorded or toured internationally with many artists associated with the blues/jazz/experimental paradigms such as Raoul Björkenheim, Gerald Cleaver, Paquito D’Rivera, William Parker, Elliot Sharp, Fay Victor, art-metal band Angelblood, and Persian vocalist Mohsen Namjoo. Always welcoming of interdisciplinary interaction, he has collaborated with Butoh artist Akira Kasai, theatre director Doris Mirescu and video artist Arrien Zinghini. Nilsson’s work as a composer includes music for short films, dance performances, string quartet, theatre plays, as well as a constantly growing book of a hundred compositions including brief to epic works for solo guitar, jazz, to large experimental ensemble works. Many of these works have been released on several acclaimed albums.