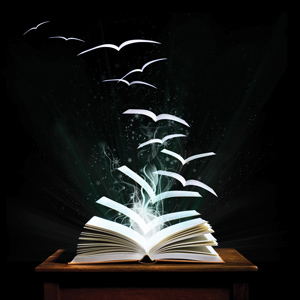 The hit public radio series Selected Shorts comes to the Fine Arts Center with an evening of funny, surreal, moving, and romantic tales dedicated to the LGBTQIA+ community. Hosted by Valorie Curry (The Tick), with performances by Curry,  Becca Blackwell (They, Themself and Schmerm), and Sam Underwood (Fear the Walking Dead). Selected Shorts is produced by Symphony Space in New York City and broadcast on more than 150 stations around the country. The stories are mostly fiction, sometimes classic, sometimes new, and always performed by great actors from stage and screen. Please note: all actors subject to change. As such, due to a scheduling conflict, Ebon Moss-Bachrach is unable to appear at this event as previously advertised.

Selected Shorts' Website Selected Shorts' Facebook Selected Shorts' Twitter Selected Shorts' Instagram Becca Blackwell is a NYC-based trans actor, performer and writer. Existing between genders, and preferring the pronoun "they," Blackwell works collaboratively with playwrights and directors to expand our sense of personhood and the body through performance. Some of their collaborations have been with Young Jean Lee, Half Straddle, Jennifer Miller's Circus Amok, Richard Maxwell, Erin Markey, Sharon Hayes, Theater of the Two Headed Calf and Lisa D'Amour. Their film and television credits include Untitled Noah Baumbach Project, Shameless, Deadman's Barstool, and Jack in the Box. Blackwell is a recipient of the Doris Duke Impact Artist Award and the creator of They, Themself and Schmerm. Valorie Curry is a founding member of Los Angeles’ Ovation Award-winning Coeurage Theatre Company, with which she starred in Balm in Gilead and the West Coast premiere of Shakespeare’s Double Falsehood. Additional theater credits include One Day When We Were Young at the Edinburgh Fringe Festival, The Diviners at The Kennedy Center, and The Diary of Anne Frank at La Mirada Theatre for the Performing Arts. On television, she has appeared in The Following, Veronica Mars, Psych, CSI: New York, House of Lies, and currently, the Amazon series The Tick. Her film credits include Twilight: Breaking Dawn, Blair Witch, American Pastoral, and the upcoming feature films Inherit the Viper and After Darkness. She is the founder of the production company 26 Films and a current member of New York’s Fundamental Theater Project.  Sam Underwood is the founder and artistic director of New York’s Fundamental Theater Project, with which he produced and starred in One Day When We Were Young by Nick Payne with Valorie Curry at the 2015 Edinburgh Fringe Festival. His New York theater credits include Candida at The Irish Repertory Theatre, The Picture of Dorian Gray at The Pershing Square Signature Theatre, and Equus at John Drew Theater at Guild Hall, in which he starred opposite Alec Baldwin. Underwood’s television credits include recurring roles on Showtime’s Dexter and Homeland, Fox’s The Following, Power on STARZ, and most recently AMC’s Fear the Walking Dead. Underwood is Creative Director of Initiative Productions, with which he has produced and starred in the short film Ophelia, and his one man show, Losing Days. He recently appeared in the musical film Hello Again and can be seen in the upcoming films Ophelia and The Drummer.