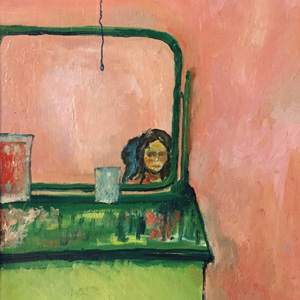 POV: Out of Body - Anchor House of Artists

A group of women connected to the Anchor House of Artists project their experience into a claustrophobic world.

About Anchor House of Artists

The Anchor House of Artists was founded in 1997 with the mission to support and expand the creative careers of artists living with mental illnesses, fight the social stigma that they face, and contribute to the cultural enrichment of Western Massachusetts and beyond. At the center of their effort isn their subsidized studio. There those served by the mission can redefine their lives for who they are as artists. There and beyond, they have launched exhibits to showcase accomplishments that are one with the artists they serve. In 2010, they opened their doors to established artists to self-produce shows in their galleries. They did this to demonstrate parity for their artists served by the mission within the public art world, to grow the audience, and to enhance collaboration between Anchor House of Artists and the greater art community. In January 2017, they launched the New England Visionary Artists Museum to extend their work to include the conservation of the legacies of artists who lived on the vividly prescient edge of life, educate the public on their lives lived, and research visionary art.