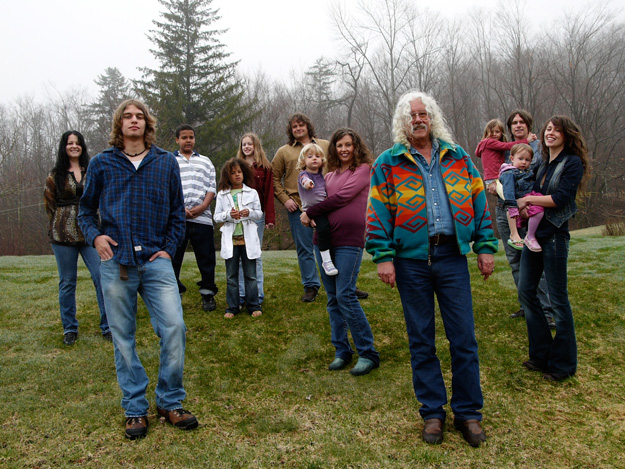 Three generations of  the Guthrie family on stage! Arlo Guthrie is gearing up for the Guthrie "Guthrie Family Rides Again" with Abe and Krishna. For over four decades, Arlo Guthrie has toured the world winning a broad and dedicated following. In addition to being an accomplished musician, Guthrie is a natural-born storyteller whose hilarious tales and timeless anecdotes are woven seamlessly into his performances.

One of the great 20th century American folk singers—and consummate storytellers—comes to the Center with his son Abe Guthrie, grandson Krishna Guthrie, and longtime collaborator, Terry a La Berry for a highly entertaining evening of folk favorites, amusing stories, and witty anecdotes. “A hour and a half in the presence of Guthrie is like receiving the most enjoyable and authoritative master class on 20th century American folk music one could possibly have.” (The Independent, London) The son of singer-songwriter and activist Woody Guthrie, Arlo’s career exploded in 1967 with the release of his highly original “Alice’s Restaurant,” a satirical anti-war anthem. The record spun off a hit movie and Guthrie became a cultural hero to a new generation espousing social consciousness and activism. A gifted musician on the piano, six and twelve-string guitar, harmonica and a dozen other instruments, Guthrie has equal talent for clever repartee, promising an event the whole family will enjoy.

If you’ve been to an Arlo Guthrie concert in the past 20 years, it’s likely you’ve seen Abe and heard his adept and tasteful keyboard accompaniment along with his powerful supporting vocals. It was rare to see an Arlo show without Abe by his side. Arlo, who has just completed a year-long Solo Reunion Tour, said, “Abe is just a great musician. I can’t wait to get back to playing together.” Krishna Guthrie, at only 17, is already an accomplished musician playing drums and guitar. He got his first drum set at two; by three he had already made his first appearance with his father and grandfather on stage. Since then, he has occasionally joined the family on stage playing drums. This summer Arlo travels with his son and grandson for the GuthrieGuthrie Family Rides Again. The name says it all. This is a ‘must-see’ show for fans of all ages. Arlo Guthrie was born with a guitar in one hand and a harmonica in the other, in Coney Island, Brooklyn, New York in 1947. He is the eldest son of America's most beloved singer/writer/philosopher Woody Guthrie and Marjorie Mazia Guthrie, a professional dancer with the Martha Graham Company and founder of The Committee to Combat Huntington's Disease. He grew up surrounded by dancers and musicians: Pete Seeger, Ronnie Gilbert, Fred Hellerman and Lee Hays (The Weavers), Leadbelly, Cisco Houston, Ramblin' Jack Elliott, Sonny Terry and Brownie McGhee, all of whom were significant influences on Arlo's musical career. Guthrie gave his first public performance in 1961 at age 13 and quickly became involved in the music that was shaping the world. 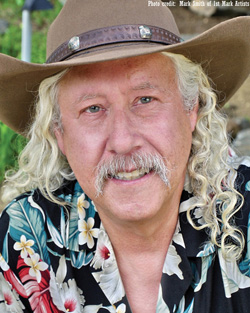 Arlo practically lived in the most famous venues of the "Folk Boom" era. In New York City he hung out at Gerdes Folk City, The Gaslight and The Bitter End. In Boston's Club 47, and in Philadelphia he made places like The 2nd Fret and The Main Point his home. He witnessed the transition from an earlier generation of ballad singers like Richard Dyer-Bennet and blues-men like Mississippi John Hurt, to a new era of singer-song writers such as Bob Dylan, Jim Croce, Joan Baez, and Phil Ochs. He grooved with the beat poets like Allen Ginsburg and Lord Buckley, and picked with players like Bill Monroe and Doc Watson. He learned something from everyone and developed his own style, becoming a distinctive, expressive voice in a crowded community of singer-songwriters and political-social commentators.

With songs like "Alice's Restaurant", too long for radio airplay; "Coming into Los Angeles", banned from many radio stations (but a favorite at the 1969 Woodstock Festival); and the definitive rendition of Steve Goodman's "City of New Orleans", Guthrie was no One-Hit-Wonder. An artist of international stature, he has never had a 'hit' in the usual sense. He has usually preferred to walk to his own beat rather than march in step to the drum of popular culture. Arts Give Back: Please bring non-perishable food items to donate to the Amherst Survival Center. For more information about Arlo Guthrie and the Guthrie Guthrie Family Rides Again Tour, visit www.risingsonrecords.com. To hear samples or purchase music check out the itunes store.