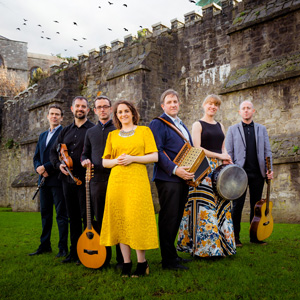 Danú has been one of the leading traditional Irish ensembles since their debut album was released in 1997 to huge critical acclaim. For over two decades, Danú's virtuosi players on flute, tin whistle, fiddle, button accordion, bouzouki, and vocals (Irish and English) have delighted audiences worldwide. Winners of numerous awards from the BBC and Irish Music Magazine, Danú takes its audiences on a musical journey to their native Ireland, offering a moving and memorable concert experience.