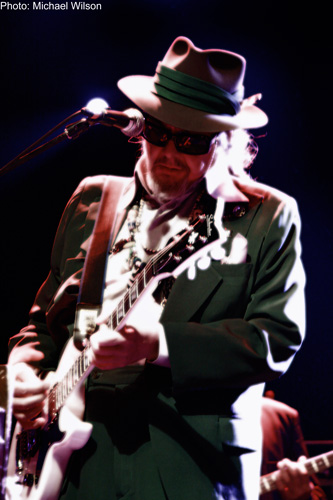 Be ready to be on your feet and making a joyful noise when Dr. John &  The Blind Boys of Alabama bring a touch of New Orleans to Amherst with a program of “Spirituals to Funk.” Under the direction of Rock & Roll Hall of Fame inductee Dr. John, the world premiere of Spirituals to Funk represents the first- ever touring partnership between two icons of American music. Dr. John & The Blind Boys of Alabama will build on this legacy synonymous with their "Big Easy" style. Based on the legendary Carnegie Hall concerts produced by John Hammond in the 1930s, this version of Spirituals to Swing features an integrated show that explores the connections between gospel, blues, and jazz. We don’t need to say anything else except get your tickets early!

The Blind Boys of Alabama formed at the Alabama Institute for the Negro Blind in 1939. Since then they have been recognized worldwide as living legends of gospel music. Celebrated by The Grammys and The National Endowment for the Arts with Lifetime Achievement Awards, inducted into the Gospel Music Hall of Fame, sung for two presidents in the White House and winners of five Grammy Awards, they have attained the highest levels of achievement in a career that spans over 70 years and shows no signs of diminishing. Longevity and major awards aside, The Blind Boys have earned praise for their remarkable interpretations of everything from traditional gospel favorites to contemporary spiritual material by acclaimed songwriters such as Curtis Mayfield, Ben Harper, Eric Clapton, Prince and Tom Waits. Dr. John, or Mac Rebennack, as he is known to family and friends, is celebrated as the living embodiment of New Orleans musical culture. He has produced and written songs for countless artists and has achieved his own chart success in the 1970s with hits “Right Place Wrong Time” and “Such a Night.” In 2008, he won a Grammy Award for “City That Care Forgot.” His most recent album, 'Locked Down,’ produced by The Black Keys' Dan Auerbach, is already being talked about as a high point of Dr. John’s 50+ year career.

Dr. John’s musical style is kind of like Creole food. It’s a blend of different styles from different eras into something rich and funky that is all its own. Combining blues, R&B, zydeco, boogie woogie, and a psychedelic tone, Dr. John’s voice, casual, scratchy, and wiley, summons audience members to get down.

Pre-Concert Fireside Chat: Ticket holders are invited to a pre-performance talk at 6:30PM at the University Club. Park in Lot 62 for easy access to the Club and Concert Hall. A complimentary shuttle will be available from the UClub to the Concert Hall following the talk. FAC-i-ped-i-a: Performance running time is approximately 90 minutes with no intermission. 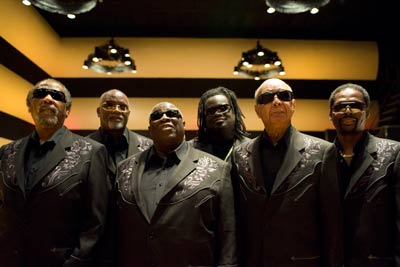 Pre-concert Fireside Chat: TIcket holders are invited to a pre-performance talk at 6:30PM at the University Club with Steven Tracy, UMass Professor of Afro-American Studies. Park in Lot 62 for easy access to the Club and Concert Hall. A complementary shuttle will be available from the UClub to the Concert Hall following the talk.