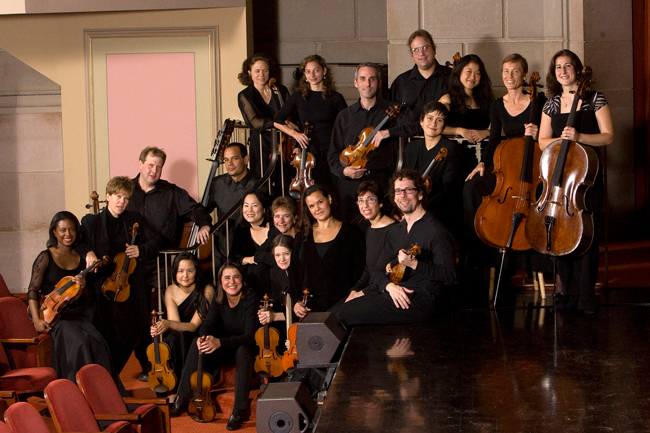 The Grammy-nominated New Century Chamber Orchestra relies on the virtuosic skill of each individual—instead of a conductor—to achieve its improvisatory sound, with power, color and precision. Performing standing, their rhythmic unanimity and velvety smooth string tone will knock your socks off and remind you of all that's delicious in the world. Program includes Rossini's String Sonata No. 1 in G Major, Barber’s Adagio for Strings, Bolcom’s Violin Concerto "Romanza", and Mendelssohn’s Octet for Strings in E-flat major, Op. 20. 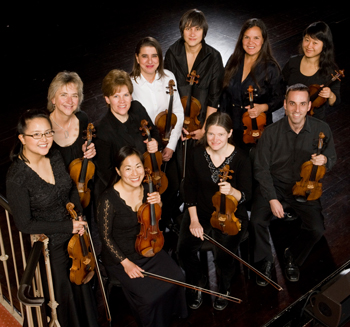 The New Century Chamber Orchestra, founded in 1992, looks for fresh, exciting ways to present classical music in the San Francisco Bay Area by combining performances of extraordinary quality with innovative programming. World-renowned violin soloist, chamber musician, and recording artist Nadja Salerno-Sonnenberg was appointed Music Director and Concertmaster of the 19-member string ensemble in January 2008. New Century, comprised of local musicians and those who travel from across the U.S. and Europe to perform in the Bay Area together, performs without a conductor. Musical decisions are made collaboratively, resulting in an enhanced level of commitment on the part of the musicians to concerts of remarkable precision, passion and power.

In addition to performing classic pieces of chamber orchestra repertoire, New Century commissions important new works, breathes life into rarely heard jewels of the past, performs world premieres and brings pieces from other genres such as jazz and rock into the chamber orchestra setting.

Nadja’s first two seasons as Music Director were hailed as a tremendous success by audiences and critics alike—“a marriage that works,” in her words and “one of the most burnished and exciting ensembles in the Bay Area,” according to Rich Scheinin of the San Jose Mercury News.

Nadja Salerno-Sonnenberg’s professional career began in 1981 when she won the Walter W. Naumburg International Violin Competition. In 1983 she was recognized with an Avery Fisher Career Grant, and in 1999, she was honored with the prestigious Avery Fisher Prize. Nadja Salerno-Sonnenberg was born in Rome and immigrated to the United States at the age of eight to study at The Curtis Institute of Music. She later studied with Dorothy DeLay at The Juilliard School. 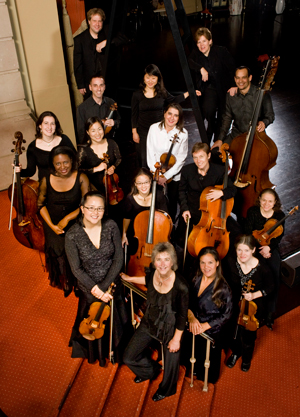 New Century is committed to being a vital part of the community and to educational outreach in the communities where it performs. The orchestra provides musical education to 3rd, 4th and 5th grade students in an intensive program at schools in Marin City and San Rafael’s Canal District. In addition to several annual classroom visits by a string quartet, selected students are offered free instrumental music instruction with a goal of having the students on as close of an educational equivalency as possible with their suburban peers.

To hear samples or purchase music check out the itunes store.

Post-Show Q&A with the performers. Fireside Chat: Pre-performance talk by Elizabeth Chang, violinist and violin faculty, UMass Department of Music and Dance at the University Club, 6:30pm. Park in Lot 62 for easy access to Club and Concert Hall.  Shuttle service to the Concert Hall for those who need it.